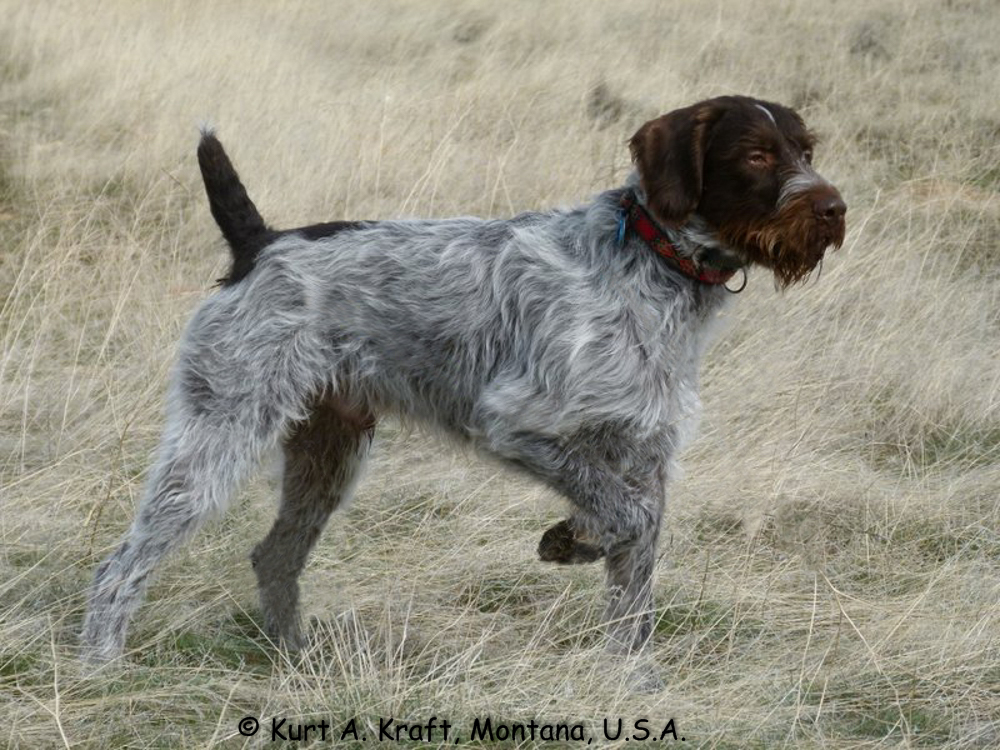 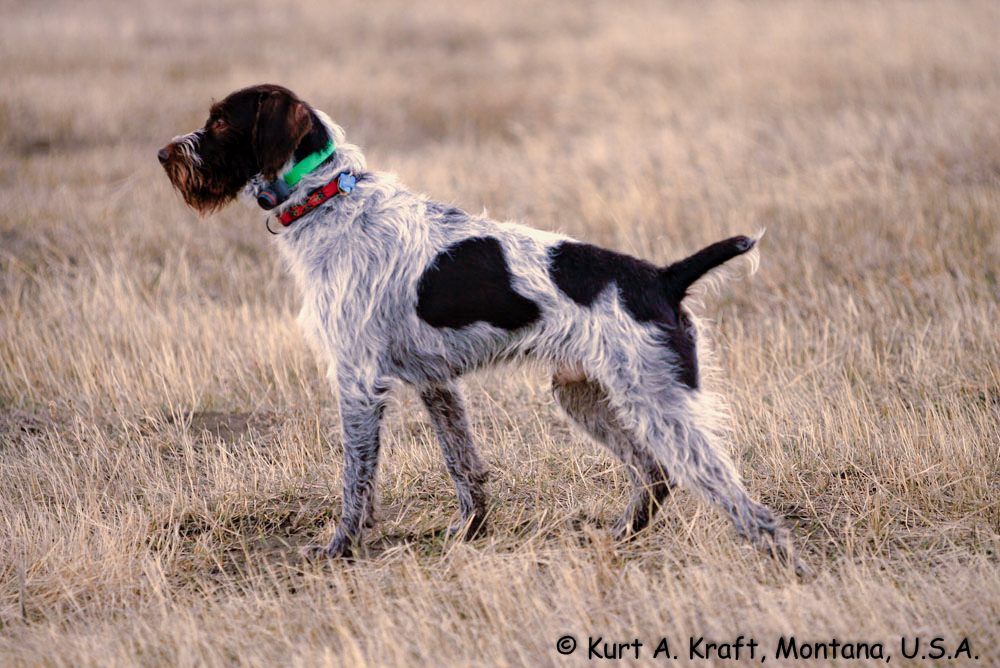 “Too Much Dog for his Rookie Owner”

DOC was the first purebred Wirehair that I had the pleasure of owning. He was truly one of a kind and a hard charging, wide open pleasure that I may never get the ability to enjoy again. DOC took me for the ride of my life from his time as a puppy until his untimely death at 6 years old. I am very glad for the opportunity to be his pal.

DOC was an unbelievable dog, winning his AKC Jr. Hunter title in consecutive outings, his AKC show title in consecutive shows, only to decide that he wasn’t going to let the quail torment him in his AKC Master Hunter test and as soon as his brace mate would close in he would just scoop the bird as much as to say “this bird is mine”. It took me until he was 3.5 years old to stop that behavior. By then I let him win that argument.

That drive and zest for hunting made him a top notch competitor in the National Bird Dog circuit. With him doing very well. However the travel cost from NW Montana to compete was just too much to justify the rewards.

I also was able to be involved with the Versatile Hunting Dog Federation when it formed and was a willing participant with their system. Learning the trials, tribulations and humiliation that comes from training and testing bird dogs. DOC was a top percentage dog in all of the VHDF tests after a few issues with cooperation. He was just like his owner wanting to do everything his way or not at all.

DOC and I had the pleasure of joining the Wolf Creek Productions TV crew in Montana for numerous “Wingshooter” TV shows that aired nationally on the Outdoor Channel. Those productions were a lot of fun to be involved with. Creating numerous lifetime friends and memories.

DOC came along at a time in my life when I was able to travel and hunt in all of the great bird hunting places from Northern Alberta to South Texas with many stops in between. Places I had always dreamed of, I have tried to recompile a list of those adventures. You can see I truly was blessed to have a first class upland and waterfowl dog to enjoy those special places with.

I was fortunate to be able to breed DOC to some of the top females in the Wirehair world. We have progeny of DOC that are blessing their owners with top notch adventure daily. I am truly fortunate to have been able to use DOC for those breedings.

DOC died way too young. Just when I should have been enjoying a fully trained, mature dog, he was gone. However I have numerous straws of semen stored. DOC will return sometime in the future to bring us joy again.

REST IN PEACE MY FRIEND

I had the privilege of watching this dog work in Sept 2012. The story behind this pic, we were hunting a hay field for Geese and I actually hit this bird twice. It just took the lift out of him but was still flying flat out about 6 feet off the ground. I told Kurt to let him go resulting in the best retrieve I have ever witnessed. After about a 150 yard run he caught up with the goose knocked it down and retrieved it. For those of you that have never dealt with a winged and angry goose, let me tell you that dog had his hands full. Will always be remembered as a warrior to his owner and especially me. HAPPY HUNTING DOC   Josh Robinson, Peace River, Alberta, Canada